Typical telephoto cameras have optical image stabilization (OIS) because the optical magnification also multiplies the handshake. This works well for static objects, but you still have to manually track moving objects and this tends to amplify the handshake.

Tecno now claims to have found a solution, a system of two prisms instead of one (it’s the first of its kind). Each prism can rotate along an axis: one can do +/-8°, the other +/-10°. With the two prisms combined, the camera can automatically track an object, up to +/-16° on one axis and +/-20° on the other, according to Tecno. 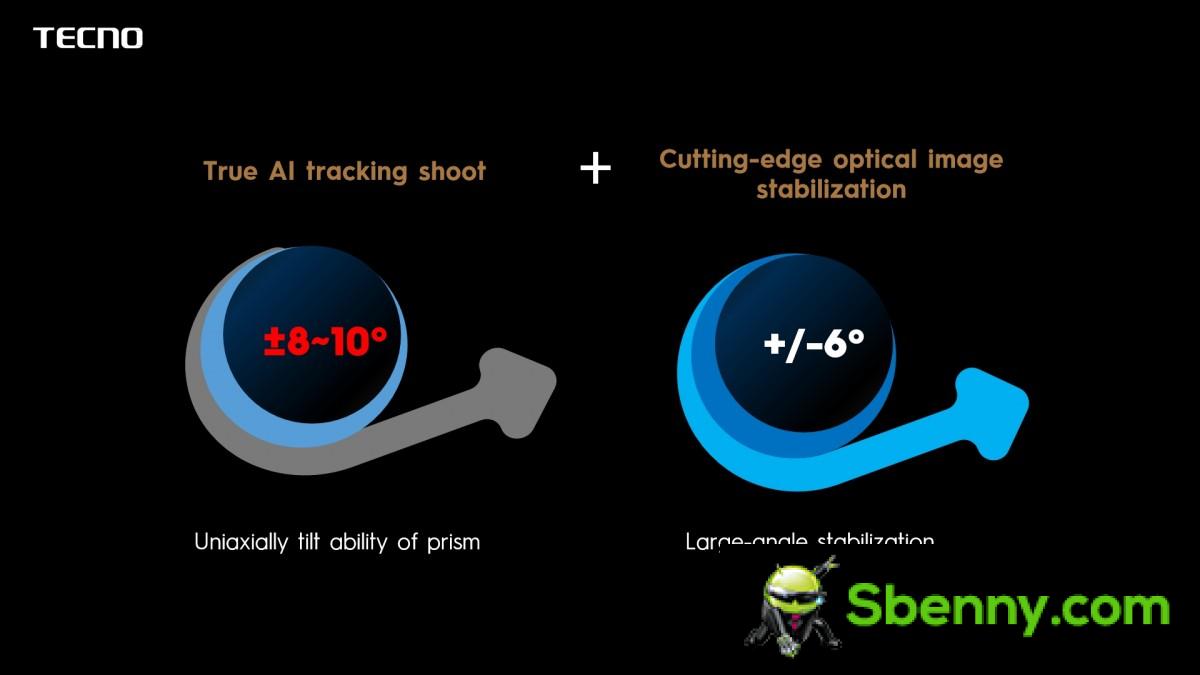 If you can’t imagine how the system works, here is a short video illustrating the action of the two prisms:

The company called this technology “Eagle Eye Lens”. The system obviously also manages the optical stabilization, correcting movements in the range +/-6°. Both OIS and object tracking are automated by AI.

The system works for both photos and videos and results in better image quality than doing it manually. The company says this will come in handy in car racing, for example, allowing you to capture a sharp photo or smooth shot of fast cars zipping past you.

Tecno is working on premium smartphones with Eagle Eye technology, which will debut next year.

Google celebrates 15 years of Street View with a new camera

The OnePlus Nord 2T will reportedly launch in India this month