There red cochineal (Aonidiella aurantii) is an insect belonging to the order Rhynchotafamily Diaspididaesubfamily Aspidiotinae. Together with cotonello (Planococcus citri) and to cottony cochineal (Iceryaparmisi)L’Aonidiella aurantii and the species of cochineal more harmful to citrus fruits, hence the vulgar name of strong red citrus cochineal (even if there are many tree species, both fruit and ornamental, which it infests).
This variety of cochineal is native to Southeast Asia, but today it is widespread in all citrus-growing areas of the planet, including Italy. In our country it is present mainly in the major islands, that is Sicily and Sardinia, and in the southern regions. In the north it can occasionally attack citrus plants grown in pots.
The control of this parasite is crucial to safeguard citrus production and also the health of the plants.

So let’s see how to recognize its presence, the damage it causes to trees and the biological defense strategies.

Description of the red cochineal

There Aonidiella aurantii it comes in different forms. The mature female is the most visible, about 2 mm in diameter, yellow in color, protected by a hazelnut-colored circular follicle with reddish central exuviae and by a complete and robust ventral veil. The cephalothorax is well developed and during reproduction the body becomes reniform.
Then we have the male follicle, oval in shape, of the same color as the female, but smaller.
Finally, the winged male, of yellowish color and dimensions that do not exceed one mm in length. 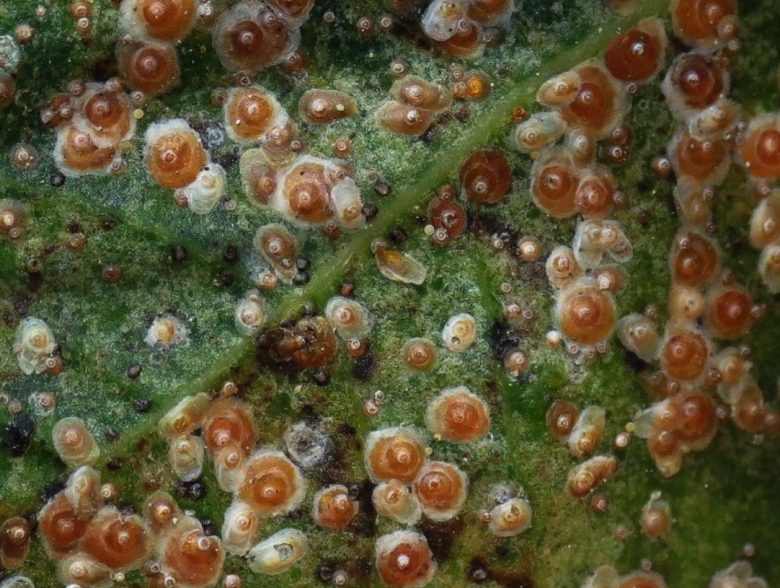 The red cochineal mostly attacks citrus fruits, especially the lemon plant and, a little less, orange. However, it is a very polyphagous parasite, with biotypes that, due to their specificity, live only on certain host plants. This makes it difficult to identify the exact territorial distribution of this species of cochineal.
The other infested fruit trees are: khaki, carob, quince, However, Apple tree, plum, Japanese medlar, FIG, jujube, wot And almond tree.
On the other hand, among the crops of ornamental and forest interest we have: acacia, laurelboxwood, camellia, cycas, ivy, jasmine, privet, pittosporepink etc.

Damage of the red mealybug 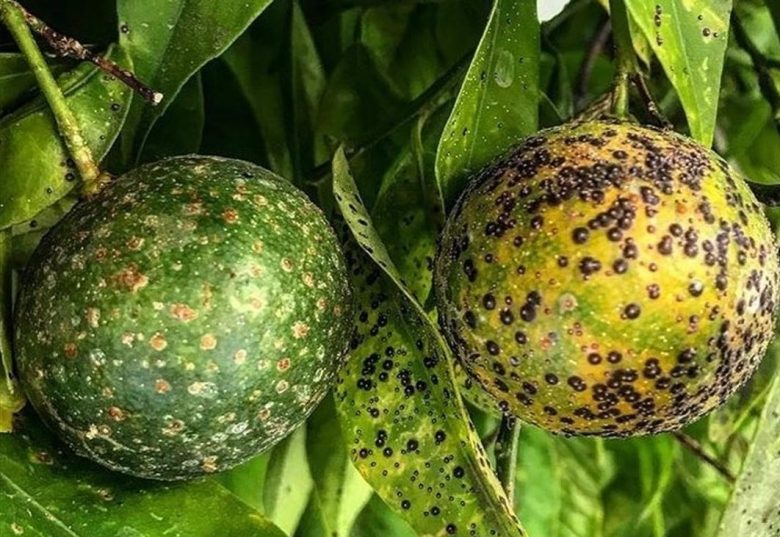 The strong red cochineal of citrus fruits is able to infest not the fruits and the vegetal parts of the trees (leaves, bark of the branches and of the trunk).
On the fruits the damage is serious, as the whole peel is dotted with red parasites, then we have hardening and wilting of the fruit itself which in practice is no longer edible.
On the vegetation, the red cochineal causes yellowing, defoliation, cracking of the bark and, if the infestation is severe, the death of the plant.

There Aonidiella aurantii it winters on host plants with individuals in different evolutionary stages. In the most favorable environmental conditions, such as those typical of the south and of the islands, it manages to complete 4 generations a year, often overlapping each other.
The first generation occurs from the beginning of May to the end of July-early August, the others follow one another until November, with the last one occurring from November to May of the following year.
Females lay on average 60-150 eggs, with the peculiarity of having already completed embryonic development. For this reason the nymphs of the red cochineal hatch immediately. 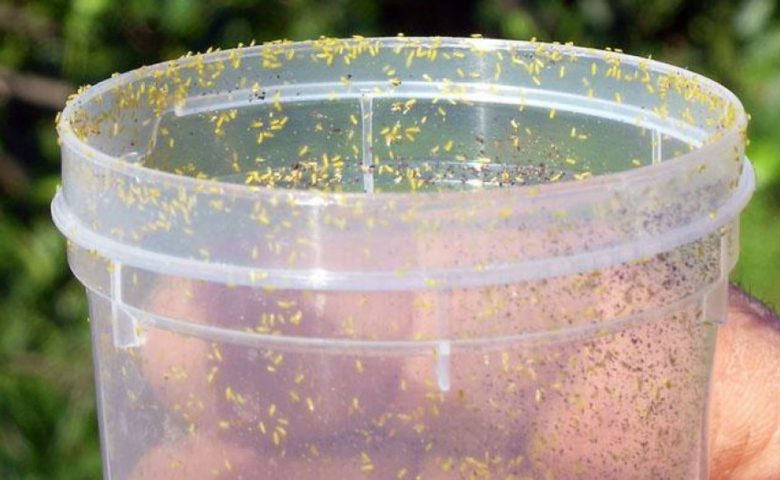 The biological defense against the red cochineal is anything but simple, precisely because of these overlapping generations. First, there is a need for monitoring in the orchard using the pheromone traps, which capture the males and, in fact, decrease the total population of the parasite. Once the presence of the insect has been ascertained, excellent containment results are obtained by releasing useful antagonist insectsin particular the parasitoid Aphytis melinuswhich lays its eggs inside the cochineal and then feeds on it at the moment of hatching.
This useful insect is found for sale in biofactories and is released into orchards in early spring and then settles permanently.

Eliminate the red cochineal in a biological way

Among all treatments allowed in organic farming the only admissible against the red cochineal Aonidiella aurantii is the white mineral oil, mixed with natural pyrethrum. The best time to intervene is in winter, roughly in February, when there is little risk of causing damage to the antagonistic insects, which in the winter season are well protected in the body of the cochineal itself at the stage of larva or pupa. In our opinion, however, if you have chosen the biological defense with the release of the parasitoid, it is better not to risk and avoid the treatment altogether.

The humus present in the soil

How to grow buckwheat

Tentredini of plums. The damage it causes to fruits and biological defense

The lunar calendar for April 2022

Anthocoris nemoralis. A useful predator in the orchard and vegetable garden